Live from the blog

Flushing the toilet with rainwater

What thought do you give to flushing the toilet? An odd question, granted, because many people would probably answer, “not a lot, why?”. Which is understandable, after all,...

Public told to cut water use amid surge in lockdown demand 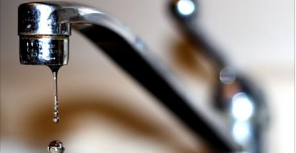 Water companies are urging people to use water more carefully during the coronavirus lockdown. They are asking people to avoid hoses and sprinklers, and not to fill... 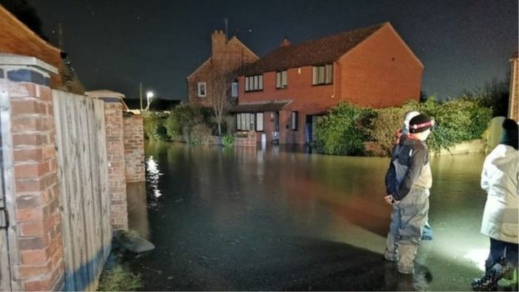 Who’s responsible? I’m sure that the Environment Agency and anyone to do with Climate Change have been flooded (excuse the pun) with questions over the last few...

I’m sure that the Environment Agency and anyone to do with Climate Change have been flooded (excuse the pun) with questions over the last few weeks asking what they are doing, what is the plan, increasing flood defences is a starting point but shouldn’t we be tackling the cause not a symptom??

In a few months we might be moaning about the lack of water, at least one water authority at the tail end of last year warned its customers that they might have to introduce ‘water saving measures’, commonly known as hosepipe bans, this warning has understandably now been lifted but it say a lot about their depleted resources and what is available when they are warning customers before entering the ‘wet winter season’

As everyone now realises the issue of Climate Change is not going to go away so isn’t it time we started doing something about it ourselves, rather than waiting for governments to decide on what is best for us, our planet, shouldn’t local authorities take ownership for its own fragile infrastructure, shouldn’t we as individuals take ownership for our own future and that of our families. 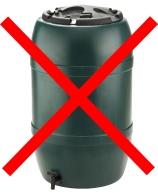 We know that the population is growing and that means more housing is required which in turn increases the amount of energy required be it electricity, gas or water, (to name but a few), it also increases hard standing areas where water would have previously soaked into the ground but now runs into drains, swales, ponds etc so why do local authorities allow developers to contribute to their potential flooding issues, why do local authorities allow the introduction of a ‘water butt’ (which is about as much use as a chocolate microwave) to count as a water saving device, do they not realise that the picture is bigger than a 250 litre water butt?

why are they not insisting on water re-use inside for toilet flushing, this accounts for 25 – 30% of a householders water usage so keeps their utilities bill down, it would be used all year round, not just during a hot spell like a water butt(oh, it can also be used for garden irrigation and washing machines as well if you wanted to), it would put less into the already overloaded drainage infrastructure, and potentially provide somewhere for rain to go when we do get a deluge.

It may only be one piece of a very large jigsaw in solving the flooding and water shortage issues but it would be a good starting point to help relieve our very tired, oversubscribed infrastructure …….just a thought